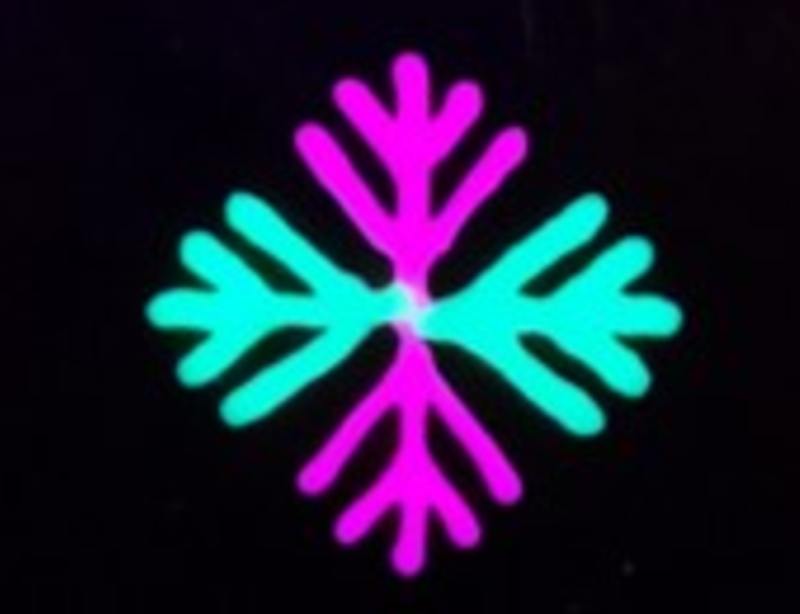 A major obstacle to widespread study and clinical use of 3D tissues is their short shelf-life, which may be anywhere from a just few hours to a few days. As in the case of an organ transplant, a bioprinted tissue must be transported rapidly to the location where it is needed, or it will not be viable. In the journal Matter on December 21st, researchers at Brigham and Women's Hospital and Harvard Medical School describe their work combining 3D bioprinting with cryopreservative techniques to create tissues which can be preserved in a freezer at -196°C and thawed within minutes for immediate use.
"For conventional bioprinting, there is basically no shelf life. It's really just print, and then use, in most cases," says lead author Y. Shrike Zhang, a biomedical engineer at Brigham and Women's Hospital. "With cryobioprinting, you can print and store in the frozen state for basically as long as you want."
The use of 3D bioprinting to create artificial human tissue first appeared twenty years ago. As in conventional 3D printing, an ink is extruded layer by layer through a nozzle into a pre-specified shape. In the case of bioprinting, the ink is typically made up of a gelatin-like scaffolding embedded with living cells. Cryobioprinting works the same way, except the printing is performed directly onto a cold plate held at temperatures down to -20°C. After the tissues are printed, they are immediately moved to cryogenic conditions for long-term storage. For further information see the IDTechEx report on 3D Bioprinting 2018 - 2028: Technologies, Markets, Forecasts.
Printing at low temperatures has the added advantage that it can make more intricate shapes than traditional bioprinting methods. "The bioink filament freezes within milliseconds of reaching the cold plate, so it has no time to lose its original shape," says Zhang. "Then you can build layers on top of each other, eventually creating a free-standing 3D structure that can withstand its own weight."
The use of cryogenic temperatures also relieves limitations on what types of bioink can be used. In conventional bioprinting methods, the bioink must be viscous to hold its shape, but at a lower temperature, most fluids are naturally more viscous.
In order to survive cryogenic temperatures, cells must be accompanied by a cryopreservative agent, which prevents osmotic shock and limits the formation of ice crystals that can damage their cell membranes. Zhang's team directed most of their efforts at finding the combination of cryopreservative agents that yielded the highest cell viability.
They demonstrated that the tissues could last for at least three months before being brought back to life. "Reviving the tissues is pretty easy," says Zhang. "It's like reviving any type of cryo-stored cells. You return them into a warm medium and use a rapid thawing process."
To show that the tissues can retain their original functionality, Zhang and his colleagues performed a series of cell viability assays which demonstrated that the cells could undergo differentiation much like before.
In the future, 3D-bioprinted tissues may serve as realistic models for testing new drugs or helping patients in need of replacement tissues after injury or disease. Being able to freeze bioprinted tissues for an extended period of time will enable further collaboration between researchers to develop these applications and allow for extended storage for use in preclinical and clinical settings.
Source and top image: Cell Press