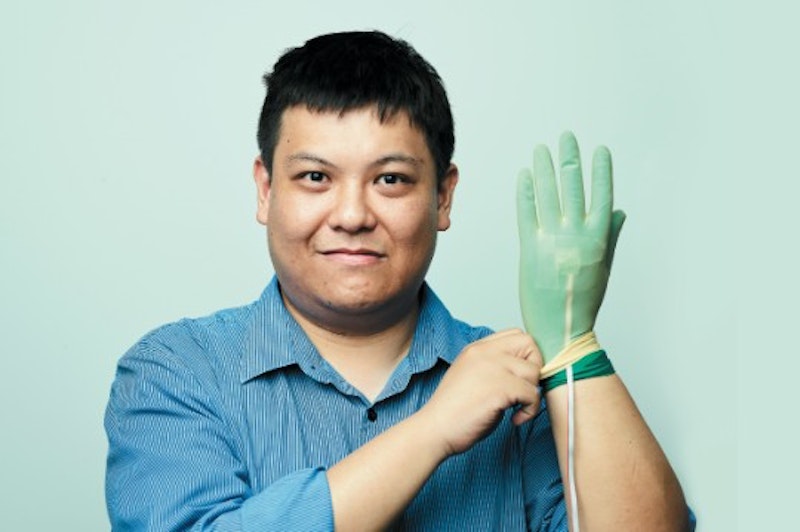 Researchers from Western Sydney University, in consultation with Liverpool Hospital, have developed tools to help trainee surgeons master intricate surgical procedures.
Gough Lui, a biomedical engineer at Western's MARCS Institute for Brain, Behaviour and Development, has worked closely with Liverpool Hospital for a number of years. "We get engineers to sit in with clinicians to identify problems and inspire solutions that can really make a difference," he says. In one of these sessions, Clinical Dean and Foundation Professor of Surgery and Colorectal Surgery, Professor Les Bokey, discussed with Lui the possibility of training surgeons in a more objective and evidence-based manner to ensure evidence-based competency.
A big hurdle is that the surgical skills needed now are more complex than in previous decades. Surgeons must master open surgery, keyhole surgery with cameras, and robotic surgery, for instance. But while techniques have advanced, teaching methods have not greatly changed. In training, an experienced surgeon watches over the student's shoulder, giving feedback. "Often they say, 'that wasn't very good,' but can't concretely articulate what is wrong," says Lui. "That's very frustrating when you're trying to master a skill, but not seeing a way forward."
One positive advance in training has been that students can now practise on simulators. But these are hugely expensive, and trainees in typical hospitals rarely have easy access.
To solve the problem, Lui has developed surgical gloves containing electronics to record the subtle, fast and controlled hand movements of skilled surgeons. When worn by students, the gloves can monitor how their hand motions differ from the experts'. Lui hopes that the gloves will eventually be coupled with a smartphone app, so trainees can practice tasks at home, for as little as $100 — a fraction of the cost of a simulator. For further information see the IDTechEx report on E-Textiles & Smart Clothing 2021-2031: Technologies, Markets and Players.
Creating the perfect gloves is a work in progress. At first, Lui placed electronics on the back of the glove, to detect acceleration and hand orientation, and added force-sensors in the fingertips. But experienced surgeons reported that they reduced their touch sensitivity and were too bulky, hindering movement. Lui has looked at alternatives including the use of force sensors further up the forearm and motion sensors on the back of the hand for an upgraded version.
"Now we have a tool that can assist in objectively measuring the intricate hand manoeuvres," says Bokey. Trainees who have participated in the development of the prototype can readily appreciate their potential contribution to training. Lui laughs that students even loved the clunky early version. "They are excited because they can see the promise," he says.
Lui is working out how best to deliver useful instructions to trainees. The gloves collect motion data and relay them to a screen, where even the tiniest jitters are visualized. This can be distracting to students concentrating on difficult tasks. Alternatives include 'haptic' feedback — the fingertips buzz — or audio feedback to guide trainees along the right path. But Lui is cautious in case students become overly reliant on the technology. "In reality, human debriefing is always better than computer feedback alone," he says."This is not a replacement for trainers, but it will augment their ability to give advice." For further information see the IDTechEx report on Haptics 2021-2031: Technologies, Market & Players.
The plan is to do a pilot trial in mid-2020, says Lui. If successful, the gloves could have unexpected uses. "We've already had requests from musicians asking if these gloves could help people become more skilled performers," says Lui. "They could have a wider impact than we ever hoped."
Source and top image: Western Sydney University