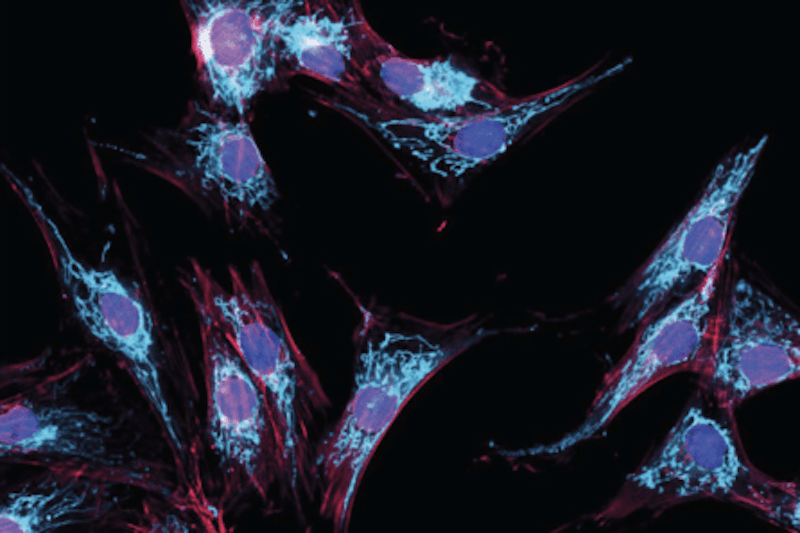 A study published in Nature Communications unveils a new platform for discovering cellular signatures of disease that integrates robotic systems for studying patient cells with artificial intelligence methods for image analysis. Using their automated cell culture platform, scientists at the New York Stem Cell Foundation (NYSCF) Research Institute collaborated with Google Research to successfully identify new cellular hallmarks of Parkinson's disease by creating and profiling over a million images of skin cells from a cohort of 91 patients and healthy controls.
"Traditional drug discovery isn't working very well, particularly for complex diseases like Parkinson's," noted NYSCF CEO Susan L. Solomon, JD. "The robotic technology NYSCF has built allows us to generate vast amounts of data from large populations of patients, and discover new signatures of disease as an entirely new basis for discovering drugs that actually work."
"This is an ideal demonstration of the power of artificial intelligence for disease research," added Marc Berndl, Software Engineer at Google Research. "We have had a very productive collaboration with NYSCF, especially because their advanced robotic systems create reproducible data that can yield reliable insights."
The study leveraged NYSCF's vast repository of patient cells and state-of-the-art robotic system - The NYSCF Global Stem Cell Array - to profile images of millions of cells from 91 Parkinson's patients and healthy controls. Scientists used the Array to isolate and expand skin cells called fibroblasts from skin punch biopsy samples, label different parts of these cells with a technique called Cell Painting, and create thousands of high-content optical microscopy images. The resulting images were fed into an unbiased, artificial intelligence-driven image analysis pipeline, identifying image features specific to patient cells that could be used to distinguish them from healthy controls. For further information see the IDTechEx report on AI in Medical Diagnostics 2020-2030: Image Recognition, Players, Clinical Applications, Forecasts.
"These artificial intelligence methods can determine what patient cells have in common that might not be otherwise observable," said Samuel J. Yang, Research Scientist at Google Research. "What's also important is that the algorithms are unbiased — they do not rely on any prior knowledge or preconceptions about Parkinson's disease, so we can discover entirely new signatures of disease."
The need for new signatures of Parkinson's is underscored by the high failure rates of recent clinical trials for drugs discovered based on specific disease targets and pathways believed to be drivers of the disease. The discovery of these novel disease signatures using unbiased methods, especially across patient populations, has value for diagnostics and drug discovery, even revealing new distinctions between patients.
"Excitingly, we were able to distinguish between images of patient cells and healthy controls, and between different subtypes of the disease," noted Bjarki Johannesson, PhD, a NYSCF Senior Investigator on the study. "We could even predict fairly accurately which donor a sample of cells came from."
The Parkinson's disease signatures identified by the team can now be used as a basis for conducting drug screens on patient cells, to discover which drugs can reverse these features. The study also yields the largest known Cell Painting dataset (48TB) as a community resource, and is available to the research community.
Notably, the platform is disease-agnostic, only requiring easily accessible skin cells from patients. It can also be applied to other cell types, including derivatives of induced pluripotent stem cells that NYSCF creates to model a variety of diseases. The researchers are thus hopeful that their platform can open new therapeutic avenues for many diseases where traditional drug discovery has been unsuccessful.
"This is the first tool to successfully identify disease features with this much precision and sensitivity," said NYSCF Senior Vice President of Discovery and Platform Development Daniel Paull, PhD. "Its power for identifying patient subgroups has important implications for precision medicine and drug development across many intractable diseases."
Source and top image: New York Stem Cell Foundation