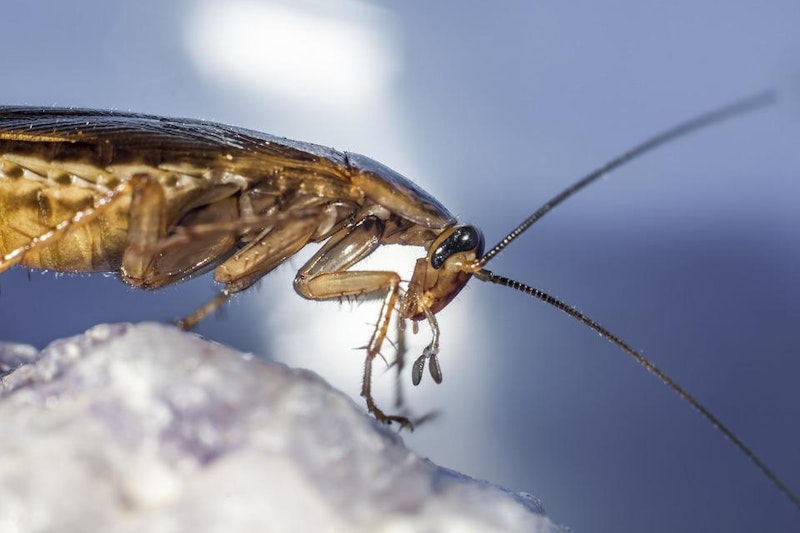 Researchers have developed a CRISPR-Cas9 approach to enable gene editing in cockroaches, according to a study published by Cell Press on May 16th in the journal Cell Reports Methods.The simple and efficient technique, named "direct parental" CRISPR (DIPA-CRISPR), involves the injection of materials into female adults where eggs are developing rather than into the embryos themselves.
"In a sense, insect researchers have been freed from the annoyance of egg injections," says senior study author Takaaki Daimon of Kyoto University. "We can now edit insect genomes more freely and at will. In principle, this method should work for more than 90% of insect species."
Current approaches for insect gene editing typically require microinjection of materials into early embryos, severely limiting its application to many species. For example, past studies have not achieved genetic manipulation of cockroaches due to their unique reproductive system. In addition, insect gene editing often requires expensive equipment, a specific experimental setup for each species, and highly skilled laboratory personnel. "These problems with conventional methods have plagued researchers who wish to perform genome editing on a wide variety of insect species," Daimon says.
To overcome these limitations, Daimon and his collaborators injected Cas9 ribonucleoproteins (RNPs) into the main body cavity of adult female cockroaches to introduce heritable mutations in developing egg cells. The results demonstrated that gene editing efficiency -- the proportion of edited individuals out of the total number of individuals hatched -- could reach as high as 22%. In the red flour beetle, DIPA-CRISPR achieved an efficiency of more than 50%. Moreover, the researchers generated gene knockin beetles by co-injecting single-stranded oligonucleotides and Cas9 RNPs, but the efficiency is low and should be further improved. For further information see the IDTechEx report on Synthetic Biology 2018
The successful application of DIPA-CRISPR in two evolutionarily distant species demonstrates its potential for broad use. But the approach is not directly applicable to all insect species, including fruit flies. In addition, the experiments showed that the most critical parameter for success is the stage of the adult females injected. As a result, DIPA-CRISPR requires good knowledge of ovary development. This can be challenging in some species, given the diverse life histories and reproductive strategies in insects.
Despite these limitations, DIPA-CRISPR is accessible, highly practical, and could be readily implemented in laboratories, extending the application of gene editing to a wide diversity of model and non-model insect species. The technique requires minimal equipment for adult injection, and only two components -- Cas9 protein and single-guide RNA -- greatly simplifying procedures for gene editing. Moreover, commercially available, standard Cas9 can be used for adult injection, eliminating the need for time-consuming custom engineering of the protein.
"By improving the DIPA-CRISPR method and making it even more efficient and versatile, we may be able to enable genome editing in almost all of the more than 1.5 million species of insects, opening up a future in which we can fully utilize the amazing biological functions of insects," Daimon says. "In principle, it may be also possible that other arthropods could be genome edited using a similar approach. These include agricultural and medical pests such as mites and ticks, and important fishery resources such as shrimp and crabs."
Source: Cell Press
Top image: Pixabay