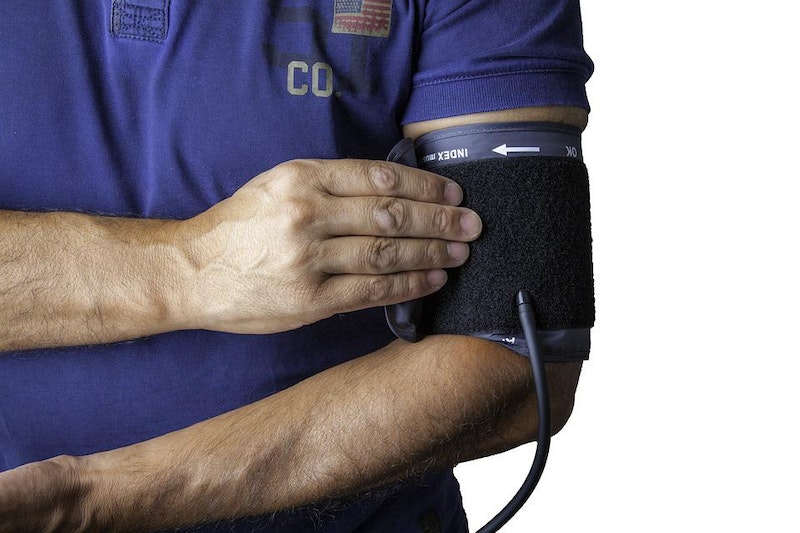 A University of Houston biomedical engineer is expanding the study of wireless electrodes to treat hypertension and is reporting that blood pressure and renal sympathetic nerve activity (RSNA) is controlled by bioelectronic treatment. RSNA is often increased in hypertension and renal disease.
Using a custom-wired electrode, Mario Romero-Ortega, Cullen Endowed Professor of biomedical engineering, previously reported that deep peroneal nerve stimulation (DPNS) elicits an acute reduction in blood pressure. The current study, published in Frontiers in Neuroscience, advances that work, focusing on his development of a small implantable wireless neural stimulation system and exploration of different stimulation parameters to achieve a maximum lowered response.
Romero-Ortega integrated a sub-millimeter nerve stimulation circuit with a novel nerve attachment microchannel electrode that facilitates implantation into small nerves and allows external power and DPNS modulation control. Using this implantable device, his team demonstrated that systolic blood pressure can be lowered 10% in one hour and 16% two hours after nerve stimulation. For further information see the IDTechEx report on Bioelectronic Medicine 2019-2029.
"Our results indicate that DPNS consistently induces an immediate and reproducible arterial depressor effect in response to electrical stimulation of the deep peroneal nerve," reports Romero-Ortega.
Hypertension, often called the 'silent killer' speaks loudly in statistics. In the United States, it is the number one cause of death. Globally it is the number one risk factor for death, impacting more than 1 billion people and is to blame for about half of all stroke and heart related deaths. The American College of Cardiology/American Heart Association 2018 guidelines classified average systolic blood pressure as greater than 130 mmHg and diastolic BP greater than 80 mmHg, on at least two separate occasions, as hypertension.
While pharmacological treatments are effective, blood pressure remains uncontrolled in 50-60% of resistant hypertensive subjects. Unfortunately, despite the use of multiple antihypertensive drugs in combination, blood pressure remains poorly controlled in 50-60% of the hypertensive population and approximately 12-18% of them develop resistant hypertension, defined as blood pressure greater than 140/90 mmHg despite the use of antihypertensive drugs.
"In this study, DPNS induced an initial increase in RSNA during the first 2-3 seconds, followed by a reduction in renal activity and mean arterial pressure, despite the increase in heart rate," said Romero-Ortega. "The observed activation of the RSNA during the DPNS was not expected since its activity is associated with hypertension."
Source: University of Houston
Top image: Pixabay